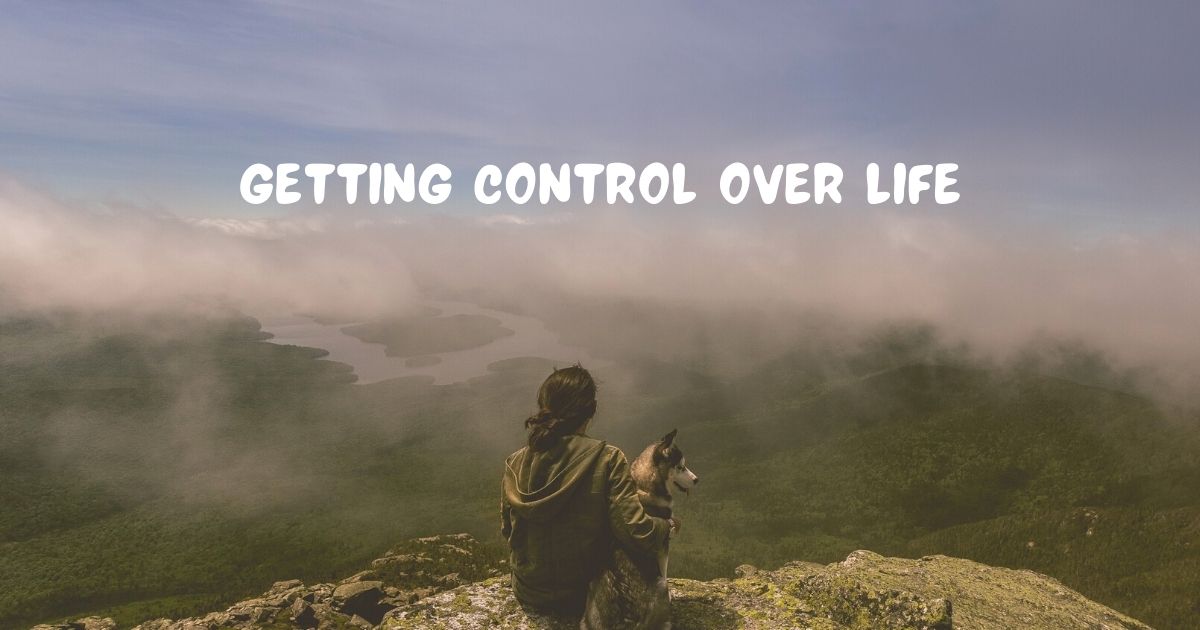 Today, we’re going to learn about stoicism and how  to get control of your time and life:

1. Find Your Area of Control.

Some things are in  our control and others are not. This is the first  line of  the handbook, a short  manual summarizing the works of Greek philosopher  Epictetus.

Epictetus alongside Roman philosopher  Seneca and Emperor Marcus Aurelius was one of  the most influential advocates of stoicism.

A philosophical movement that began around 300 BC  and it still exists in the world today. Despite its long-standing tradition, few people actually know what stoicism is. Most people think stoicism teaches you how to bury your emotions like a  statue or a rock.

But that’s not what stoicism  is really about and the core stoicism revolves  around one thing: minimizing negativity and maximizing positivity. And that requires a whole  lot of self control. Control is something almost all of us are searching for in one way or another.

Each  separation creates something called an area of control. Your area of control includes everything  in your life that you can affect on your own like your opinions, your desires or your dreams. These things are yours and no one else’s.

So in the words of Epictetus, they are the only things  worth worrying about. The problem is many people chase after things outside their area of control. They might focus for example: on the actions of others.

They may try to change the way people think, speak or behave. But in the mind of a stoic, these external pursuits are a waste of your time. Because they’re out of your control. You could spend your whole life trying to be another person and get absolutely nowhere. Ultimately it just leaves you feeling unhappy, unsatisfied and unfulfilled.

So how can  your area of control help you hold of your own life?

Related: Tips for the well-being of children and families

Epictetus says that, happiness and control demand commitment and that requires a lot of self-discipline .

You’ll have to make sacrifices. Rearrange your  priorities and take a more challenging path no matter how lost or lazy you feel. Because if you let them, your instincts will lead you to astray.

For example: many people worry about what life has in store for them. They wonder what will happen in their future. They do everything in their power to  avoid any kind of hardship or pain. But you can’t  control what happens to you tomorrow.

You never know what the universe has in store for you. It’s outside your area of control.

So you have to put those worries behind you. I don’t just mean some of them. I mean all of them. Otherwise in the back ear mind, you’re going to cling to those fears for the rest of your life.

Let’s say, for example, that you’re afraid of food poisoning. You never eat seafood. You’re always worried that someone didn’t cook something right and that makes you feel helpless. So you try to get control by cutting the stressor out of your life.

If you don’t eat fish, you’ll never have to worry about food poisoning right. Well maybe. Until you get food poisoning from a piece of chicken instead. And you realize that you’re just as scared of food poisoning as you were before. So what went wrong?

Well, you tried to have your cake and eat it too.  You wanted to face your fears and stop yourself from ever getting sick. And in the end, you failed to accomplish either one.

As the handbook says: you will not gain even the latter because you aim at the former too. In other words, don’t try to fix everything at once. You’ll feel even more out of control when you spread yourself too thin.

So try to commit yourself to one thing that you  can control and pour all your effort into making that happen.

How  do you manage the stress in chaos in your life?

Marcus Aurelius, another Roman stoic had a very interesting way of managing his mindset. Every morning he thought about the day he was about to have the people he might meet and the places he might go.

But instead of inspiring himself for setting new goals he thought about all the things that might go wrong. The rude people he’d encounter, the stressful situations he’d find himself in. That way when those bad things did happen he could stay calm and think clearly.

Because he was already prepared for the worst. If you’re hoping to gain more control in your life then you might give this morning ritual a try. Imagine you’re going to a party tonight. You don’t usually like parties so you’re feeling pretty stressed.

But like Marcus Aurelius think realistically about the bad things that might happen. You might have a few awkward conversations, you might spill a drink on yourself or see someone you don’t like. You’ve imagined the worst, so you’re prepared for something to go wrong. But that’s not the only technique you can use to gain control.

Epictetus also recommends a new type of goal-setting. Normally you’ll set a goal like talk to two new people or make one new friend. But this time you’re going to do something different. Your only objective is to keep a comfortable mind to stay calm. No matter what and that way when bad things do happen you know what to do.

Why do we rely on other people to make us happy?

Just think about how much of your life revolves around people that you don’t know or care about. You buy, you wear and you say things not to make yourself happy but to make other people happy.

Just to make them like or pay attention to you.

We place so much weight on other people’s opinions but stoicism teaches you to value yourself to take responsibility for your own happiness and live a life free from shame or embarrassment.

Because more often than not, you have nothing to be ashamed of.

Let’s say, you’re meeting up with some friends. Do you leave the house in sweatpants with your hair a mess or do you change into something more presentable? And take a second to comb your  hair? Probably the latter.

In the back of your mind, you’re worried about what people think of you. You’re embarrassed to appear a certain way even in front of your friends because you imagine them thinking negative thoughts about you or the way you dress. You try to control their opinions by changing your image. You spruce yourself up or you wear new clothes.

In reality, your friends may never notice the difference but doesn’t it make you happier knowing you’ve left the right impression. A stoic would tell you that, happiness or control come from the inside and not the outside. If you want to be in control of your life you should buy, wear and say things that you genuinely want.

You should live the kind of life that pleases you because accepting yourself matters far more than anyone else’s opinion.

If you want to get control of your life, spend some time thinking about who you are, what kind of person are you, what ideas and values are the most important to you.

Well, many people lose control of their lives because they don’t know who they are.

They feel lost in aimless. They’re constantly searching for a sense of purpose without finding anything that really matters to them. And that makes their life feel like it’s out of their control.

That’s why, stoicism encourages you to develop that personal philosophy and to channel your philosophy into everything you do. That second part right.

That is especially important because many people pick a perspective and then they tell people all about their values. But they don’t embody those values in their real life. It’s like buying a motorcycle helmet and bragging about how you ride a motorcycle without actually owning a motorcycle.

Because that philosophy should influence anything and everything you do.